There’s no doubt that Adelaide-based developer Greaton is hoping for third-time luck for his ambitious and troubled The Ribbon project in Sydney’s Darling Harbour.

The developer has struck a deal with Multiplex to complete construction on the $1 billion development, which began in 2016 and was hit hard by the collapse of two builders.

The eye-catching, curved Hassell-designed building sits between two elevated sections of the city’s Western Distributor Freeway at the south end of the waterfront precinct.

Work on the famous 30-storey entertainment hotel complex came to an abrupt halt for the second time in February, as construction giant Probuild went into operation after its South Africa-based parent company ended its financial support .

It took over construction of the flagship Greaton project in January 2021 after the collapse of Melbourne-based Grocon.

At the time, The Ribbon was 65% complete, with the hotel and retail district expected to be completed by early to mid-2022.

The project was one of $5 billion worth of projects left in limbo by Probuild’s demise and one of many left behind when Sydney-based contractor Roberts Co picked up the pieces of six of his unfinished projects in Melbourne.

In a statement announcing Multiplex’s appointment, Greaton said construction of The Ribbion was “substantially complete” with the remaining work primarily related to the internal fit-up, as well as some of the public realm contribution work.

▲ Work is expected to resume on The Ribbon in Darling Harbour.

He said workers were now taking the tools back to the site.

Greaton Project Director Michael Calvi described Multiplex’s nomination as “an excellent achievement for one of Sydney’s most iconic buildings”.

“The Ribbon is one of the most complex major new developments currently underway in Sydney and occupies public land directly on the harbor foreshore,” he said.

“The appointment of a new builder involved extensive consultation with our various stakeholders.

“Multiplex was the clear favorite to be able to put the finishing touches on such an important landmark for Darling Harbor and for Sydney.”

Calvi said Greaton was continuing to work with its leading contractor partners, including Buildcorp, on interior fit-out work throughout the transition period. 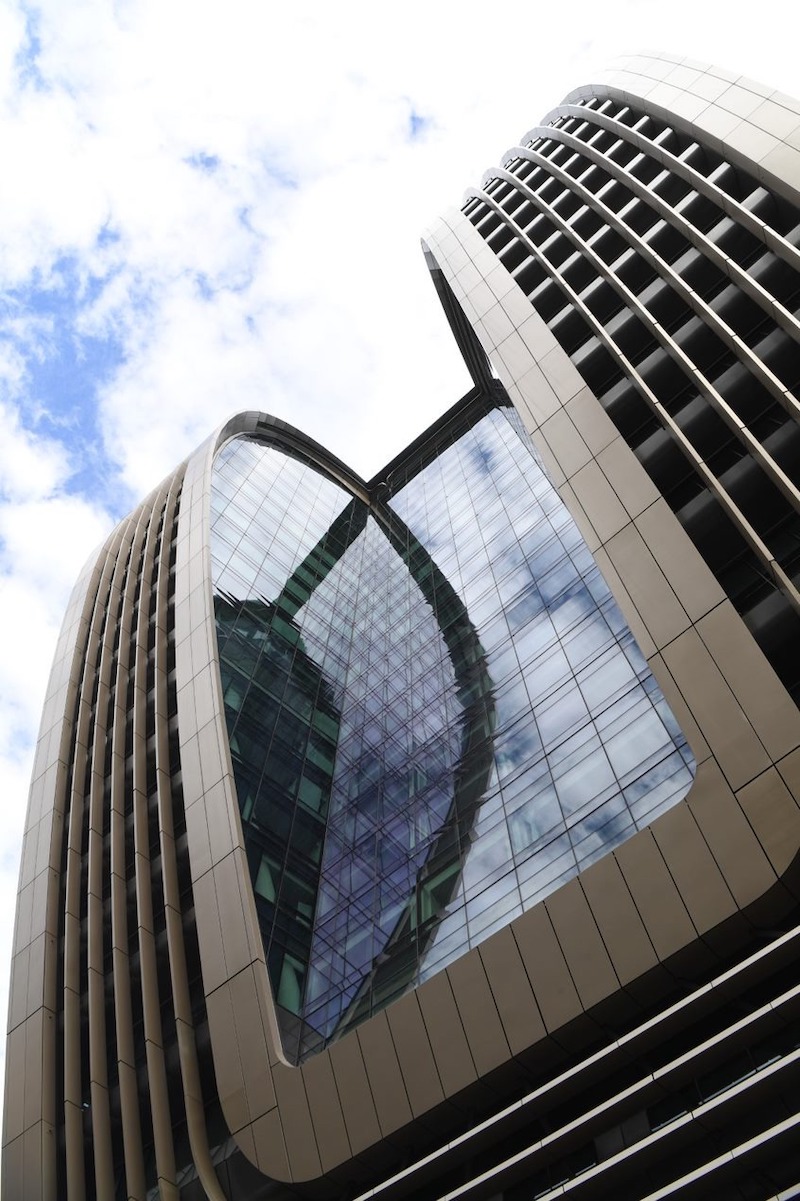 Multiplex Regional General Manager David Ghannoum said, “Multiplex built the original IMAX theater approximately 25 years ago, so it is with great pride that we support Greaton in bringing this reimagined project to fruition.”

Greaton has a portfolio that includes large-scale luxury residential projects, hotels and retail developments across Australia worth over $2 billion.